Click here for Current Conditions on the Blackfoot River.

Many consider the Blackfoot River as one of the most scenic rivers in Montana. The Blackfoot River originates 10 miles to the northeast of Lincoln, Montana. Its flows come from snowpack and springs near Rodgers Pass. Its total length is 75 miles at the point where it feeds in to the Clark Fork River east of Missoula.

All species of trout, brown rainbow and cutthroat are present along with bull trout which require the most pristine water to survive. It’s common on a good day to have 30 to 40 opportunities at fish on a dry fly. The deciding factor on hooking up is execution of a proper hook-set and a little luck. But even if the success rate of catching that fish is only 50%, the guarantee for a beautiful float is 100%.

Often, due to the opportunities that are given, Blackfoot River fly fishing is a great experience for the novice angler, and depending on the time of year, we may float anywhere from 10-15 miles on a given day.

The tributaries of the Blackfoot include:

Click here for Current Conditions on the Blackfoot River.
Clear Creek Outfitters 5 out of 5 based on 1 ratings. 1 user reviews.
Clear Creek Outfitters
Fishing with Clear Creek Outfitters
I have fished with Doug Jones and Clear Creek on two different occasions. The experience was fantastic. Doug has great knowledge of the rivers and great respect for the ecology and area he calls home. I am a novice fly fisherman and Doug is very patient and well humored when it comes to tangled lines and flies in the back of his neck. Blackfoot, Bitter Root and Missouri Rivers were all amazing. He is professional and well respected. Boats and gear are in great shape.
lortab (via TripAdvisor.com) 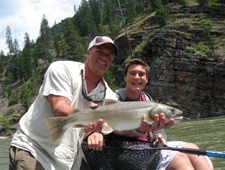 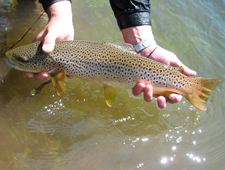 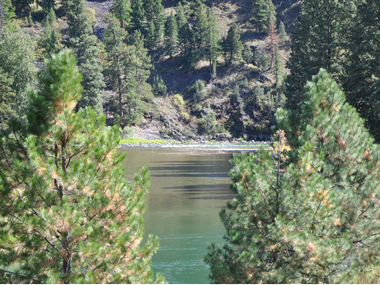 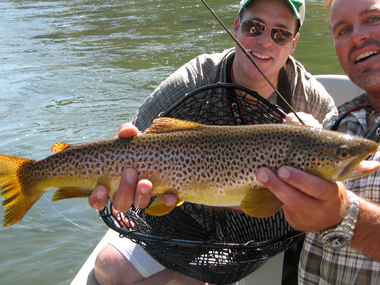 Get the latest tips for Blackfoot River fly fishing and much more … delivered right to your inbox!